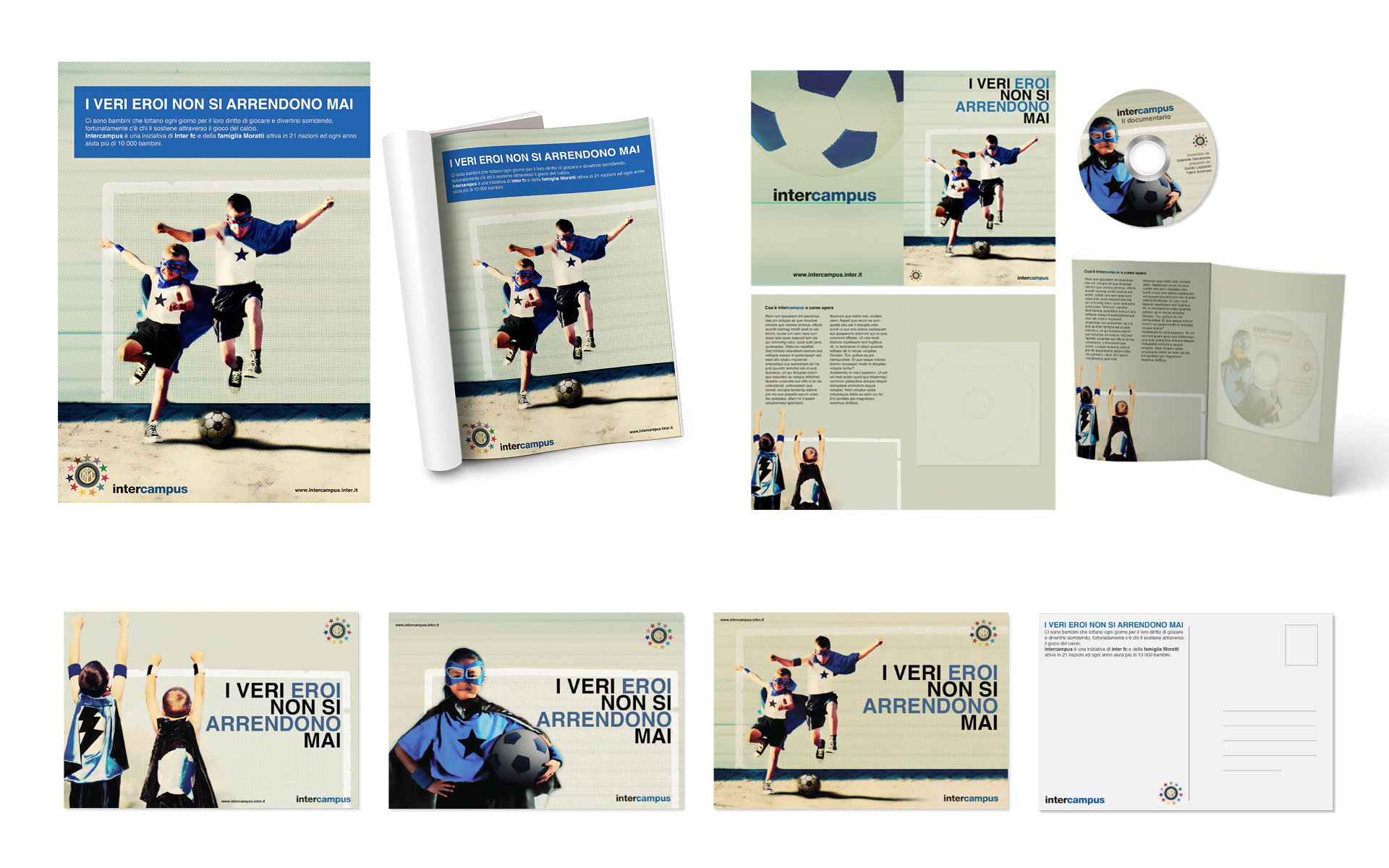 Create awareness around the non profit initiative of Inter Campus

Promotional material around a small documentary that shows Inter Campus efforts on the field.

Inter Campus fights to give back the "Right To Play" to needy children, using the values of sport and the game of football as an educational tool and contributes to the development of the local communities, promotes social integration among differing ethnic groups and cultures.

Using the media coverage on the unprecedented result of Internazionale FC (the only italian team to win a treble, 3 different thropies in a single season) this campagin aimed to raise awareness and light a spotlight on the work of this charity foundation operated by Moratti's family (owner of the football club).

Inter wasn't yet a top club, they archieved their first field victory since 1989 in 2007, therefore long time supporters viewed the team and themselves as heroes that never gave up on the dream.

The campaign, by using the words "True heroes never give up" promts the supporters to reflect on an uncomfortable subject, not always far from home, where children that lives in poverty have the same right of other kids to enjoy their childhood.